Away From It All 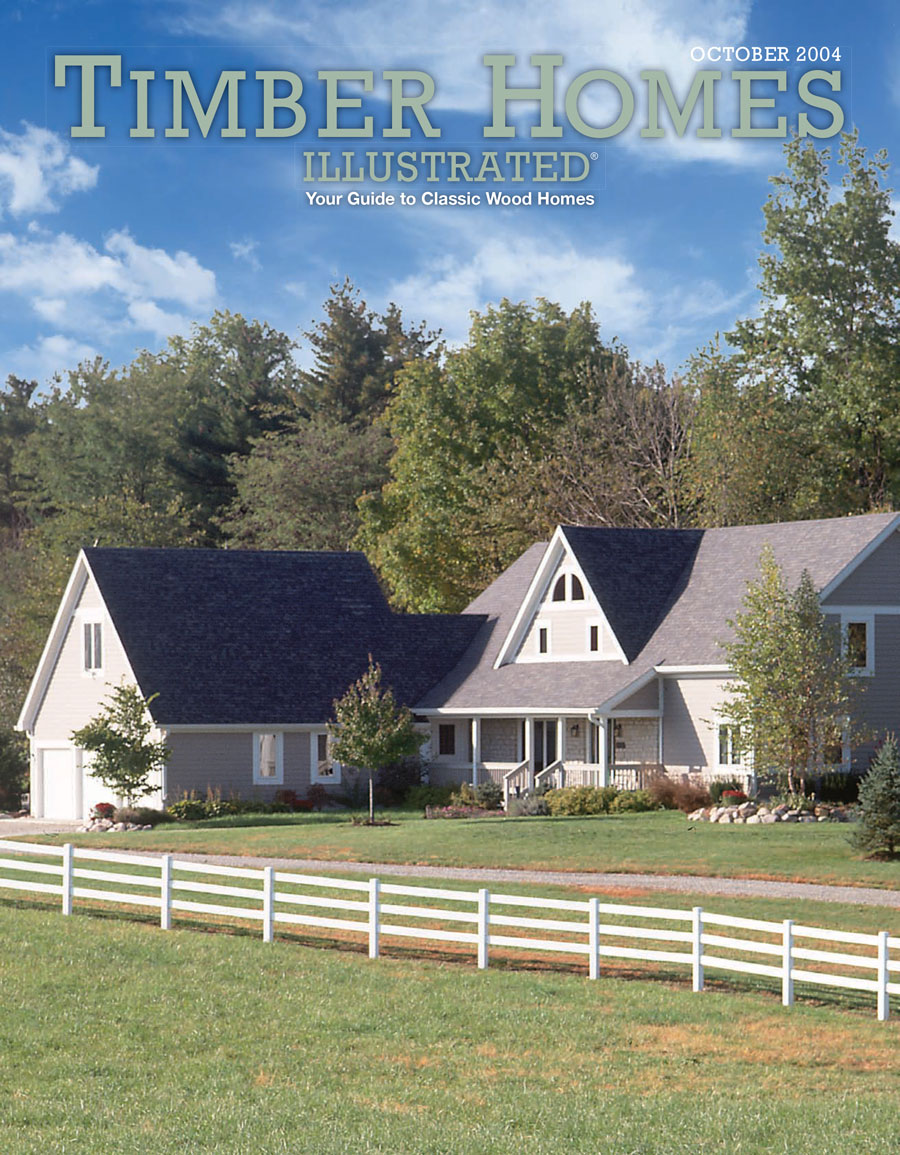 When suburbia started to encroach on Bill and Claudia's rural 6-acre homestead, they knew it was time for a change. Living in what was once considered the country in north-central Indiana, they recoiled when the harsh noise of traffic took the place of the more soothing sounds that birds and horses make. "Our old place was very convenient," Claudia says, "but it was being built up so much, we had to wait to get out of the driveway."

Fortunately, the sprawl had sent house prices skyrocketing, enabling Bill and Claudia to sell and buy a bigger spread farther out in the countryside. Moving also gave them the opportunity to build the country farmhouse that they had been dreaming about for years.

At the time, the couple lived next door to their best friends, who also just happened to be their partners as breeders of American quarter horses. Having been together for nearly 30 years, the friends decided to move, too. A third couple joined them. Together, they bought a suitable piece of property but sold it when they found an even better one: 40 acres of rolling hills mixed with woods and pasture land, and a fresh-water creek running through the heart of it. "The other property was an open piece of ground," Bill says. "This one has a woods, a creek and a number of rolling ridges. It's much nicer because of where it is situated."

In addition, the couples reasoned that the parcel was far enough away from the suburbia to give them the peace and quiet they and their horses needed. And the 40 acres would be more than enough to insulate the families if suburbia once again came nipping at their heels.

While the majority of the property would remain undeveloped, once the couples saw the layout of the land, it was obvious that the three homes should be sited on several short ridges that surround a natural flood plain. The barn could then be placed on the plain where it could be easily accessed by all three homes.

Bill, who had been fiddling around with a home design for several years, started to think seriously about the type of home he and Claudia would build. "I had always thought at some point I would like to build a log home," Bill says. But when he mentioned his idea to Claudia, she balked. While she wasn't against a home with wood in it, she didn't want the dark feeling of a log home. "I said, 'What about a timber frame?' And so we started looking around at timber frames to give her an idea of what you could do with one," Bill says.

Growing up in the construction business in southeastern Ohio, Bill had seen many timber-framed barns raised by Amish builders, using sheer grit, ropes and little else. He had always admired the beauty of the frames and knew that they would make beautiful homes. Claudia didn't need much convincing to want one, too. "He brought home a magazine, and we looked at that," Claudia says. "We also talked to a number of people and looked at some houses under construction. I fell in love with timber frames when I saw them. It was pretty easy."

Bill and Claudia began looking at several different timber-frame companies. Maybe because of Bill's familiarity with the Amish style of timber framing, the couple felt drawn to the work of Oakbridge Timber Framing, a traditional Amish company that builds timber frame homes out of their small shop in Howard, Ohio. "Once we met the company's director of marketing and design, we had a real good feeling," Bill says. "And then we were sold after we saw their craftsmanship in a number of frames they had put up.

Since they hadn't known the type of home they were going to build when they bought their land, Bill and Claudia realized that their initial floor plan was geared more toward a stick-built home than a timber frame. When they decided to do a timber frame with Oakbridge, they met with their design staff and showed them their ideas. "They took my stick design," Bill says, "and put it in a form that was doable as a timber frame."

Oakbridge didn't change any of the original ideas that the couple came up with for their country farmhouse, such as having the master bedroom suite on the first floor, but they did have to make some adjustments to the timber-frame design. Since the couple wanted minimal framing in the dining room, Oakbridge had to create a plan that incorporated three separate framing systems: one for the core of the home, and one for each of its two wings. "What was unusual about this home was that the three systems were connected. Usually we do intersecting gables with valley systems," Johnny explains. "This one was not done that way."

In addition, because of the way the home is laid out, the wing frames don't line up, making it difficult to include valleys in the design. "So we went with three separate frames," Johnny says. "It also helped to cut down on the cost."

When the plans had been completed, the crew at Oakbridge got down to work creating the frame from solid oak timbers. After the site had been readied and the foundation laid, Oakbridge's crew traveled to Indiana from Ohio to raise the traditionally crafted frame (held together with mortise-and-tenon joinery, hickory pegs and knee braces) over a four-day period.

To finish the home, the couple hired Al Dalton, a trusted friend who was a builder and the owner of Dalton Construction in Indianapolis. Bill and Claudia helped out as much as they could, laying a subfloor, staining wood and filling in where needed. Nearly eight months after the frame was raised, the couple moved into their new home.

Claudia's advice after going through the process is a confident, "Just do it." She and Bill love their home and find that it has become a sanctuary of sorts. "It is so relaxing," she says. "It is such a pleasure to come home. We just love it."