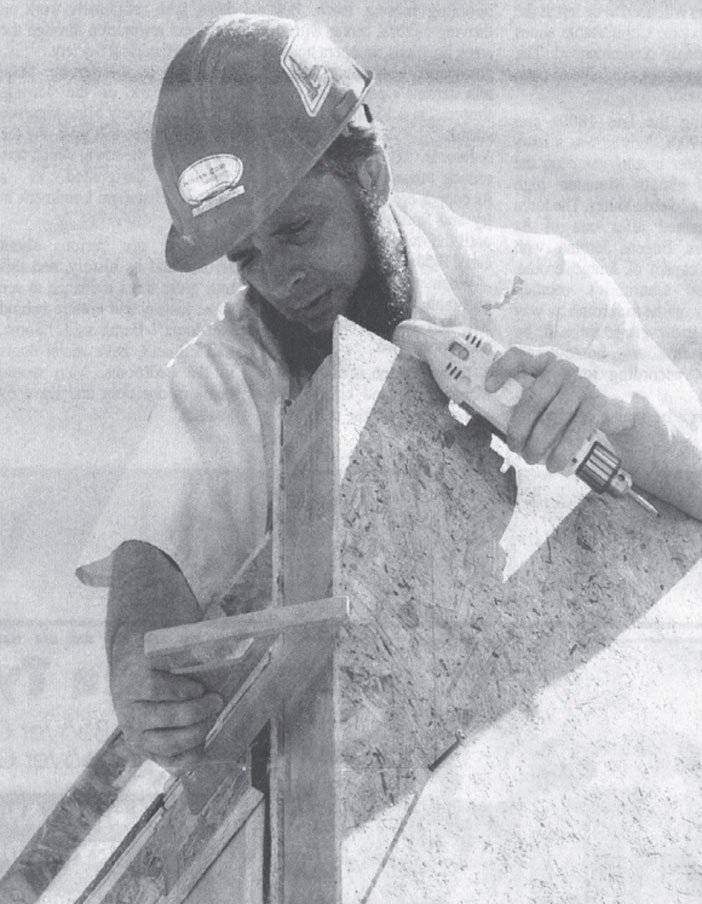 When Charles Keeling decided to build a new home on a west-facing hill above Cornville, he wanted his home to last for a long time, as well as be a beautiful, solidly-built place to live.

He decided to use an alternative form of home building – solid oak timber framing – built by people with a long standing tradition of erecting buildings using oak frames.

Keeling contracted a crew from OakBridge Timber Framing in Howard, Ohio, a company owned and operated by Amish craftsmen.

"I love oak. This is how the homes and buildings were built in New England 200 years ago, and they're still standing," Keeling said, as he watched the men work on his home. "Plus, this is beautiful craftsmanship."

No nails are used. Solid oak, 1-inch diameter pegs are hammered into pre-drilled holes. The framing also is mortise and tenon – a recessed cut into which a protruding piece shaped to the dimensions of the recessed cut is inserted.

The oak made its way to Arizona from Oakbridge Timber Framing in Ohio.

"This is a centuries-old idea, and it's more aesthetic than modern, conventional construction," Keeling said. "My thought here was a beautiful piece of property with a marvelous view needs a special home."

The look and feel of solid wood never goes out of style, he said. The loft floor, which also will be the dining room ceiling, is solid pine tongue-and-groove planks.

Once finished, Keeling's home will be Santa Fe style, with a stucco exterior and large windows he can look out of from the main floor or the loft

Keeling's home in Cornville is the second home he has had OakBridge frame for him, and the first home the firm has built in Arizona

"I just felt OakBridge and Johnny Miller worked to please the customer. They're very pleasant and open-minded," Keeling said.

OakBridge began in 1986 when its owner, Johnny Miller, was 19. He now operates the company along with his brother, Aaron, and their father, Andrew. The three men are framing Keeling's house.

"Normally, around home, we all go to the building site, but this far away we just have three of us," Andrew said, while he measured a cut.

One son flew from Ohio to Arizona, but the others came by train to Flagstaff and Keeling drove them down to Cornville. The men's wives and children came along

"There are 10 little ones, including a 12-week-old baby and six adults," Andrew said. "That includes Johnny's wife, Cinda, Aaron's wife, Irene, and my wife, Susie."

OakBridge has built houses across the United States, including as far away as Washington in the Northwest and Montana

"I learned timber framing from my father, and my father learned the craft from his father," Johnny said.

At OakBridge's shop, all of the tools are powered by hydraulic and air. Amish do not use electricity and their usual form of transportation is by horse drawn buggy or wagon. However, when building on a homesite, the company uses a generator to power the tools.

After the framing is done, Keeling said Terry's Custom Homes will finish the building. He expects to have it completed by the end of the summer