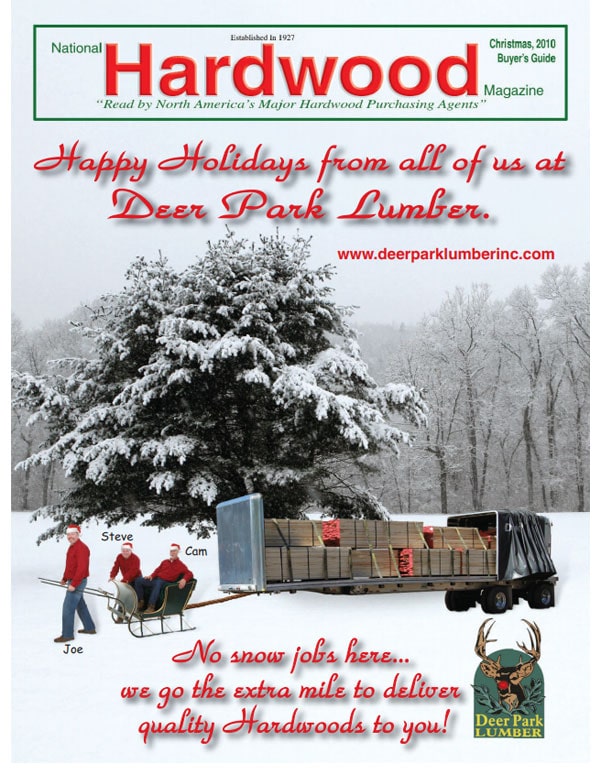 Johnny Miller with Oak Bridge Timber Framing Ltd. in Howard, Ohio, said, "Our forecast is to be full tilt production. Last year, we were down just a little bit and this year, perhaps, just slightly. But our forecast is in 2011 to be full swing."

He said he has noticed more potential in the economy. There has been more interest shown and more estimates given. He said that 2010 is ending better than 2009 for his company.

"I think possibly the market for your 4 and 5/4 will be still lacking some because your homes, your apartments that they were using that type of wood, I think they still may be a year to a year and a half behind the market we're in, perhaps," he said.